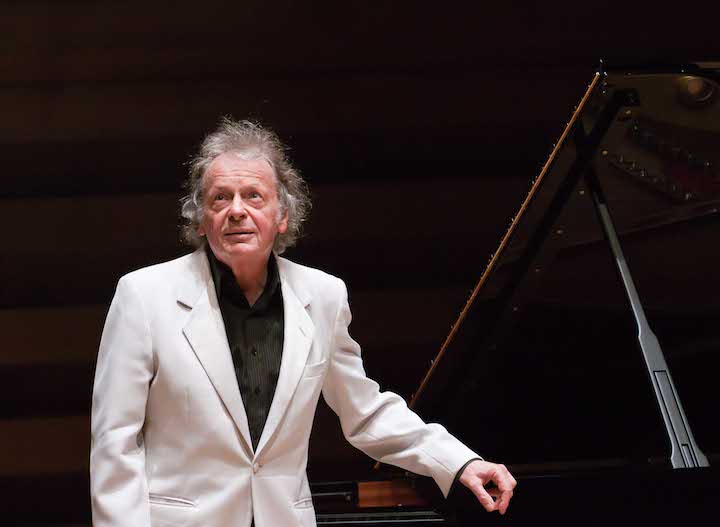 The internationally acclaimed Canadian artist Anton Kuerti does not need an introduction since his recordings are heard almost daily on the CBC radio.
His teachers included Arthur Loesser, Mieczyslaw Horszowski and Rudolf Serkin.

Anton Kuerti has toured 39 countries, including Japan, Russia, and most European countries, and has performed with most major U.S. orchestras and conductors.

Anton Kuerti is one of today’s most recorded artists, having put on disc all the Beethoven Concertos and Sonatas, the Brahms and Schumann concertos, the Schubert Sonatas and works by many other composers. Kuerti’s newest releases include a new version of the last 5 Beethoven Piano Sonatas, and a world premiere recording of two works for violin and piano by Carl Czerny. Gramophone magazine called his recent CD of the Schumann Piano Concerto, “a deeply memorable contribution to this concerto’s recorded history”.

CD Review (London) called him ‘one of the truly great pianists of this century…stunningly played…poignantly beautiful…a superb Schubert player’.

Anton Kuerti and musicologist Margit McCorkle won Schumann price in 2007 and they are the first Canadians to receive the award since its inception in 1964.

Beethoven -Piano Sonata No. 6 in F Major Op. 10
Czerny – Scherzo from Sonata No. 1 in A flat Major
Chopin – Polonaise-Fantaisie, Op. 61
Allegro maestoso
Scherzo No. 2, in B flat minor, Op. 31
Presto