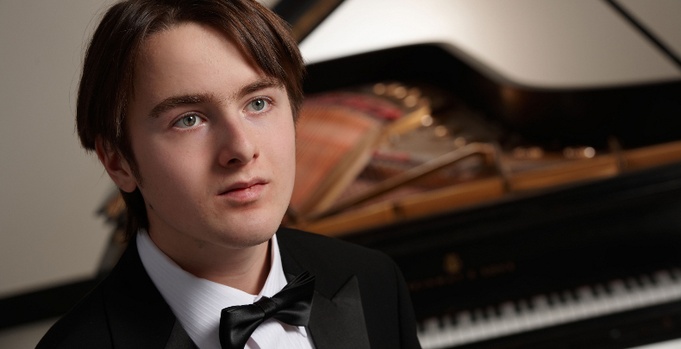 Vancouver Playhouse
Daniil Trifonov’s Website
When we presented Trifonov in March 2009 in a Young Talent Series concert, sponsored by the Guzik Foundation, we knew that we were witnessing an incredible talent. Born in Nizhniy Novgorod in 1991, Daniil Trifonov is emerging as one of the brightest new names of the next generation of master pianists. Last October, Daniil Trifonov acquired an international visibility receiving the 3rd prize and a special award for “the best performance of mazurkas” at the 16th International Chopin Piano Competition, but especially impressing great artists like Martha Argerich (in the jury) and Krystian Zimmerman, with his talent.

As a consequence, a series of invitations from Germany, Poland, Italy and Switzerland, his debut in Tokyo, a tour of Japan in January 2011 and next dates in Israel, United States and Baltic countries. The 2010 year already presented Daniil Trifonov in various European performances. Highlights among them: the success in solo recital in Venice (Italy) at Teatro La Fenice (performing Chopin and Scriabin); the strong impression moved at the Brighton Festival (UK) playing Beethoven and Chopin; the debut in Milan with the Orchestra Verdi under the baton of Gavriel Heine (Prokofiev 3); the opening concert of the International Piano Festival Trieste in Italy (after his debut in the same contest in 2009).

Daniil has studied music since he was five. He studied at Moscow Gnesin School of Music in the class of Tatiana Zelikman (2000-2009), teacher of other Russian talents like Evgeny Lifschitz, Alexander Kobrin, Alexei Volodin.