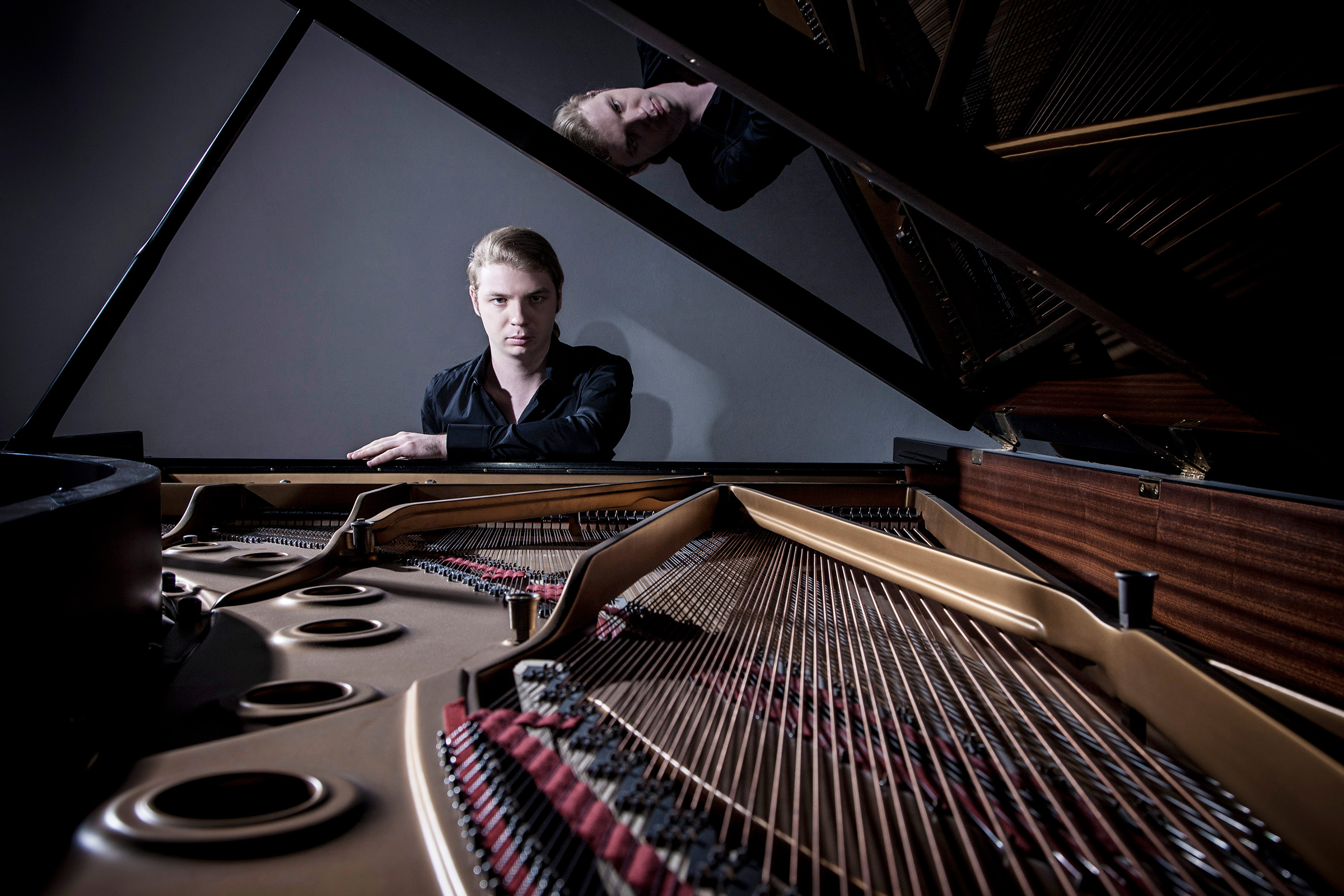 “His Haydn was inspiring: Kozhukin measured the tone with such precision that the colours and contrasts were perfectly weighted, both in the lively opening movement and the austerely performed adagio.”
– Suddeutsche Zeitung, March 2011

Kozhukhin has appeared at many of the world’s most prestigious festivals and concert halls where he impressed with his brilliance and natural musical gifts. After his performance in 2011 at Chopin festival in Duszniki-Zdroj , Michael Moran wrote: ”Kozhukhin’s interpretation of Harmonies du Soir (11) was one of the great musical experiences of my life. He understood so well the harmonic avant-garde forward looking nature of this piece. It was a desperately moving moment as the central melody resolved itself and soared carrying one’s heart and soul. This was Liszt the poet, the true Romantic spirit and Kozhukhin took us on a flight the like of which is rarely experienced in the concert hall.”

Born in Nizhni Novgorod, Russia, in 1986 into a family of musicians, Denis Kozhukhin began his piano studies at the age of four with his mother. From 2000 to 2007, Kozhukhin was a pupil at the Reine Sofia School of Music in Madrid learning with Dimitri Bashkirov and Claudio Martinez-Mehner.