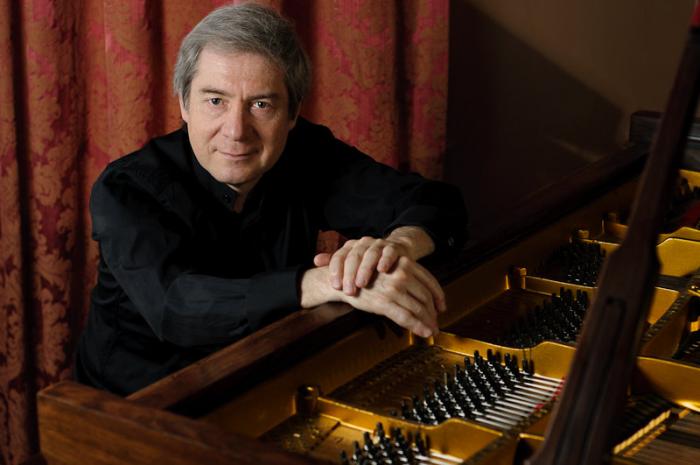 “In lyrical and poetic passages the smoothness of his playing, coupled with its fluidity and delicacy, was breathtaking … Alexeev’s sense of colour, of light and shade, and his extraordinary command over the dynamic range, were beguiling. He really does have the lot.”
-The Glasgow Herald

Russian pianist Dmitri Alexeev is one of the world’s most highly regarded artists. His critically praised recitals on the world’s leading concert stages and his concert appearances with the most prestigious orchestras have secured his position as one of “the most remarkable pianists of the day” (Daily Telegraph).

Dmitri Alexeev was born in Moscow and he studied in the Moscow Conservatoire, where his professor was the eminent Soviet pianist Dmitri Bashkirov. Whilst pursuing graduate studies, he participated in several international competitions, capturing top honours at the Marguerite Long Competition in Paris, at the Georges Enescu Competition in Bucharest, the Tchaikovsky Competition in Moscow, and the Leeds International Competition in England.

He has collaborated on chamber music with artists such as Mstislav Rostropovich, Yuri Bashmet, Joshua Bell and Barbara Hendricks. Following his Virgin Classics recording of the complete Rachmaninov Preludes, which won the Edison Award in the Netherlands, BBC Music Magazine said: “He is a pianist at once aristocratic, grand and confessionally poetic. This is an inspiring disc.”