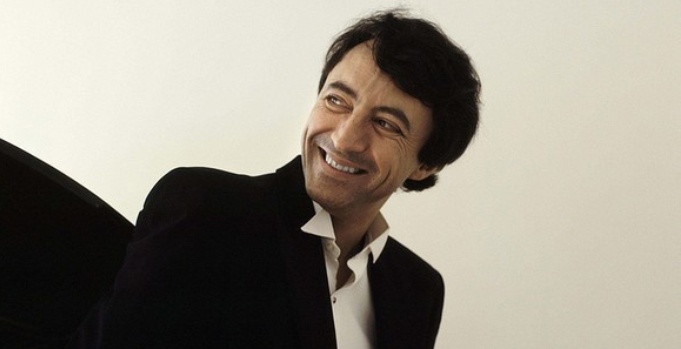 “…the CD’s raison d’être is the Ravel. Bavouzet’s G major concerto is the best since Michelangeli’s 50 years ago: it has style, verve, poetry and balance.” – Financial Times, January 2011

“… Bavouzet is the best living Debussy interpreter. His big tone and sonorous interpretation is a far cry from the perfumed and limpid Debussy served up by so many lesser-gifted pianists. This is, in the best sense of the word, unfussy and direct piano playing. There might be individual recordings from pianists, mostly from the bygone age, that have their champions, but as a complete set of Debussy, nobody today can touch Bavouzet.” – Pianist, December 2012

He was named ‘Artist of the Year’ at the 2012 International Classical Music Awards, and nominated by Deutsche Grammophon as one of their Artists of the Year in 2012.

Renowned for his work on disc, Bavouzet has won Gramophone awards for his recording of concerto works by Debussy and Ravel with the BBC Symphony Orchestra and Yan Pascal Tortelier, and for his fourth volume of Debussy’s Complete Works for Piano. His interpretations of Debussy and Ravel have also earned him two BBC Music Magazine awards and Diapason d’Or, whilst his first volume of Haydn’s Piano Sonatas received a Choc de l’année and his Bartók Piano Concertos disc (with the BBC Philharmonic Orchestra and Gianandrea Noseda) was shortlisted for multiple international awards. Bavouzet records exclusively for Chandos and current recording projects include a Beethoven Piano Sonatas cycle.