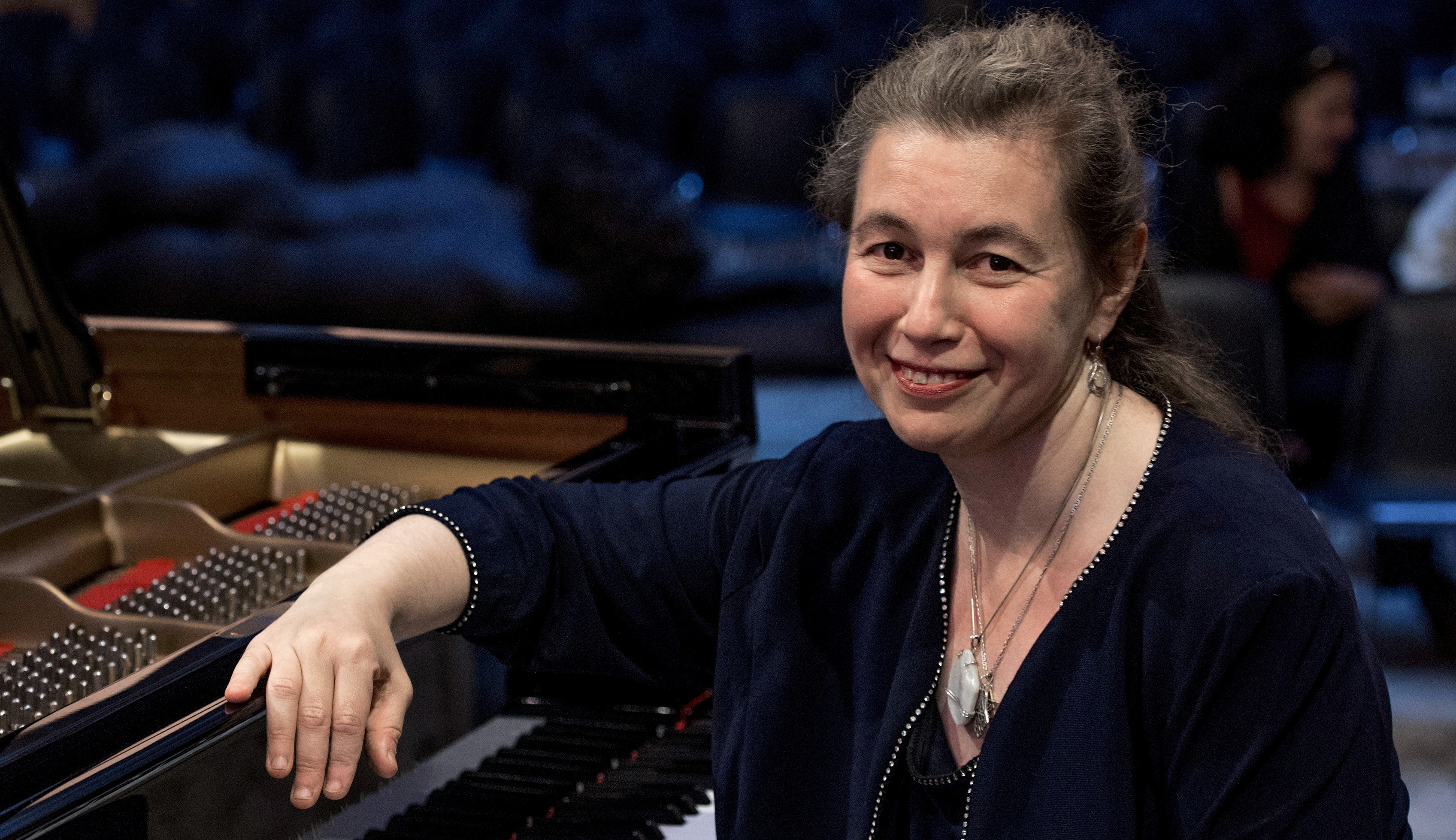 “She has an iron-clad technique, and puts her immense power at the service of a wonderfully natural musicality; there are no frills to her playing, with nothing done for show, yet the impression it leaves is indelible.” The Guardian, 2009

Since winning First Prize in the 1987 Busoni International Piano Competition, Lilya Zilberstein has established herself as one of the finest pianists in the world. A captivating recitalist, Ms. Zilberstein appears regularly in music centres throughout the United States, Europe, and Japan. Recent performances have taken her to Madrid, Berlin, Budapest, Frankfurt, Hamburg, Innsbruck, Luxembourg, Stuttgart and Liverpool. Also a sought-after collaborator, Ms. Zilberstein has been performing duos with Martha Argerich for many years. In addition to show-stopping performances in Norway, France, Italy and Germany, a CD of the Brahms Sonata for Two Pianos played by Ms. Zilberstein and Ms. Argerich was released in 2003. Recent collaborations include extensive tours in the United States, Canada and Europe with Russian violinist Maxim Vengerov. Featured on the EMI recording Martha Argerich and Friends: Live from the Lugano Festival, Mr. Vengerov’s and Ms. Zilberstein’s performance of the Brahms Sonata No. 3 for Violin and Piano won a Grammy nomination for best classical album as well as best chamber music performance.

Lilya Zilberstein has also made numerous recordings for Deutsche Grammophon; these include the Rachmaninoff Concerti Nos. 2 and 3 with Claudio Abbado and the Berlin Philharmonic, the Grieg Concerto with Neeme Järvi and the Göteborg Symphony, as well as solo works of Rachmaninoff, Shostakovich, Mussorgsky, Liszt, Schubert, Brahms, Debussy, Ravel and Chopin. A native of Moscow, Ms. Zilberstein is a graduate of the Gnessin Pedagogical Institute.

Beethoven Twenty-four Variations in D major on the arietta “Venni amore” by Righini
Sonata No. 23 in F minor, Op. 57 (Appassionata)