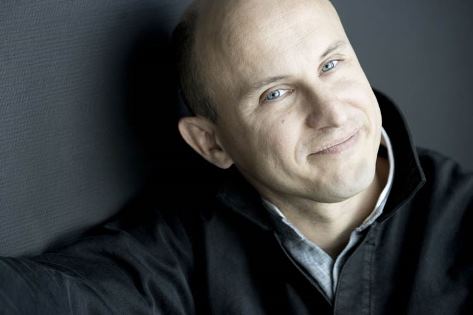 “Majestic in Chopin, unquestionable in Debussy, the Argentinian pianist Nelson Goerner is one of those discreet artists whose career is immense.”– Le Monde

Those who attended Nelson Goerner’s last Vancouver appearance with us will remember his staggering performance of Beethoven’s “Hammerklavier” Sonata. So it is no wonder that Gramophone magazine awarded the pianist’s recording of the work its sought-after “Editor’s Choice.”

In an eloquent review, Le Monde writes, “Majestic in Chopin, unquestionable in Debussy, the Argentinian pianist Nelson Goerner is one of those discreet artists whose career is immense.”

His activities as concerto soloist, recitalist, as well as chamber musician have taken him to the world’s major musical capitals, and legendary performing spaces including the Musikverein, Concertgebouw, South Bank Centre, Wigmore Hall and the Teatro Colón, to name just a few. He also enjoys a long association with the Chopin Institute in Warsaw, where he has explored performance of Chopin on contemporary pianos by Pleyel and Erard from 1848 and 1849. His recording of the Ballades and Nocturnes on a period instrument created a sensation in the recording industry, and was a winner of the Diapason d’Or. His recordings of works by Debussy, Liszt, Schumann, Rachmaninoff and Busoni have also been critically acclaimed as well as winners of recording awards.

Since 2009, Goerner has been a regular performer at Poland’s prestigious “Chopin and his Europe” festival.

We welcome Nelson Goerner back to Vancouver, and look forward once again to experiencing his artistry at the piano.