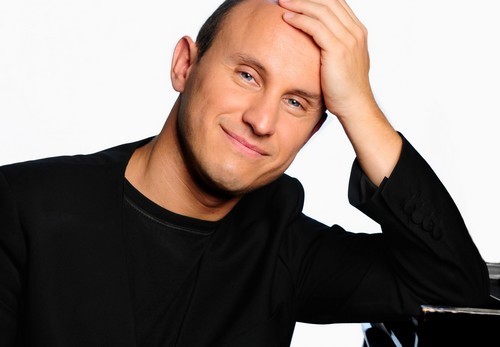 “His range of colour and dynamics brought to mind a one-man orchestra, capable of explosive power and massive sonority, but it was used sparingly, generating all the more impact when it came. As for technique, there are few pianists who wear their virtuosity so easily.” – Andrew Clark, Financial Times (UK)

Born in San Pedro, Argentina, Nelson Goerner has established himself as one of the foremost pianists of his generation. In 1990 Nelson Goerner won the First Prize at the Geneva Competition. His recording of Debussy (Estampes, Book One of Images and Book Two of Etudes) was awarded a 2013 French Diapason d’Or.

Nelson Goerner has performed throughout Europe including at the Salzburg Festival, La Roque d’Anthéron, La Grange de Meslay (where he replaced Richter at short notice), Schleswig-Holstein and Verbier festivals, the Piano aux Jacobins series in Toulouse, and in halls such as the Musikverein in Vienna, the Concertgebouw Amsterdam, the South Bank Centre in London, and at Teatro Colon in Buenos Aires.

Mr. Goerner’s discography includes a Chopin recording for EMI, discs of repertoire by Rachmaninov and Liszt for the Cascavelle label, Busoni’s Indian Fantasy for Chandos, and a new work for piano and orchestra by Jon Lord for EMI. His recording of Chopin for the Frederic Chopin Institute of Warsaw, performed on original instruments, was recently awarded the Diapason d’Or, and his Chopin recording on the Wigmore Hall Live label was instrumental Choice of the Month in BBC Music Magazine.