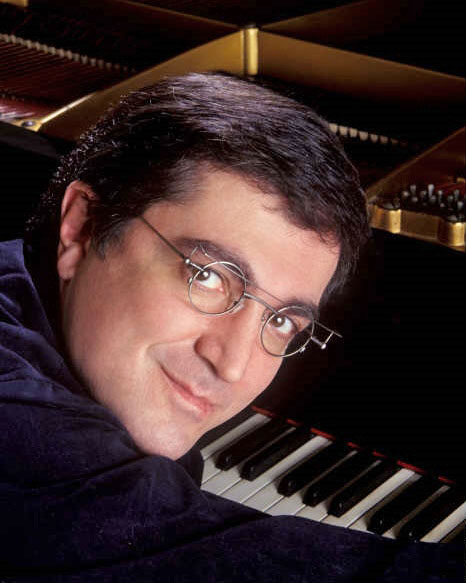 “Babayan favors a playing style that speaks to the senses, to the range of his love for the music, which is unsurpassed. An enthusiastic multi-instrumentalist, tirelessly studying the works of his predecessors as if they were his contemporaries, he does not hide himself from this nearly obsessive research of a spiritual music, which comes close to magic.” -L’Actualité

Buy three tickets or more, you will get a free parking pass and 10% off to Chambar or 20% off to Frankie’s Italian restaurants, valid on the day of the concert.

Hailed for his emotional intensity, bold energy and remarkable levels of color, Sergei Babayan brings a deep understanding and insight to a stylistically diverse repertoire, which includes a performance history of 54 concertos. Le Figaro has praised his “unequaled touch, perfectly harmonious phrasing and breathtaking virtuosity.”
Highlights of the 2015/2016 season included concerto performances with the Rotterdam Philharmonic conducted by Valery Gergiev and with the Camerata Israel in Tel Aviv; performances at the Edinburgh Festival in Scotland, and at Bad Kissingen, Germany; recital and concerto performances in duo with Daniil Trifonov at the Mariinsky Theater in St. Petersburg, Russia; and a return to Wigmore Hall in London.

In the 2014/2015 season, Mr. Babayan’s schedule included performances in Lugano with Martha Argerich; a return to the Verbier Festival, where he debuted in July 2014; and performances in London at Wigmore Hall.

Since Sergei Babayan’s outstanding protege Danill Trifonov has won major competitions, he is one of the world’s most sought-after piano teachers.