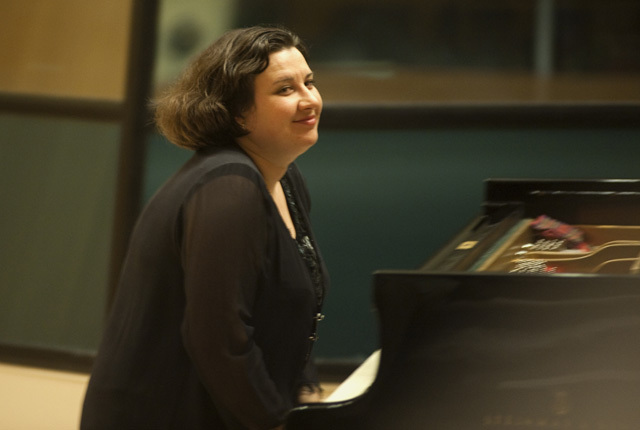 “Gulyak powered her way to the prize with a performance of Brahms’s First Concerto that was often superb in its measured intensity…she has the right combination of tonal weight and dark lyricism for Brahms, and she’s wonderfully alert to the mix of passion and rhetoric in his music, all of which mark her out as being a formidable artist, with a significant career ahead of her?” – The Guardian

Sofya Gulyak was the first woman to win the Leeds Piano Competition in 2009. Since then she has appeared all over the world to great acclaim.
Her recital programs are frequently reviewed in superlatives, and her concerto appearances with major orchestras are written up in glowing terms by the world’s music press. Sofya has been praised for her “tremendous precision and coloration…exquisite soft playing …delicacy yet” and described as a” Rach star” (“Washington Post”).

Sofya Gulyak is a native of Kazan (Russia) where she studied in Kazan State Conservatoire under professor Elfiya Burnasheva. Ms.Gulyak graduated also from “Ecole Normale de music de Paris Alfred Cortot” with the highest distinction. Later she continued studies in the Piano Academy “Incontri coi Maestri” (Imola, Italy) with Boris Petrushansky and in Royal College of Music with Vanessa Latarche.

She is also a professor in the piano faculty at the Royal College of Music in London.