Postponed to a later date in the season
( Click for directions )
1270 Chestnut St, Vancouver

As part of the celebration of our 25th Anniversary, The Vancouver Chopin Society has commissioned a reproduction of a bust of Chopin, originally made by Polish sculptor and painter Wacław Szymanowski. 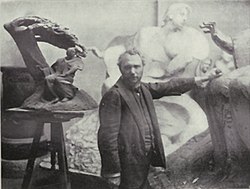 Varsovian Szymanowski is best known for his iconic statue of Chopin in Warsaw’s Łazienki Park. 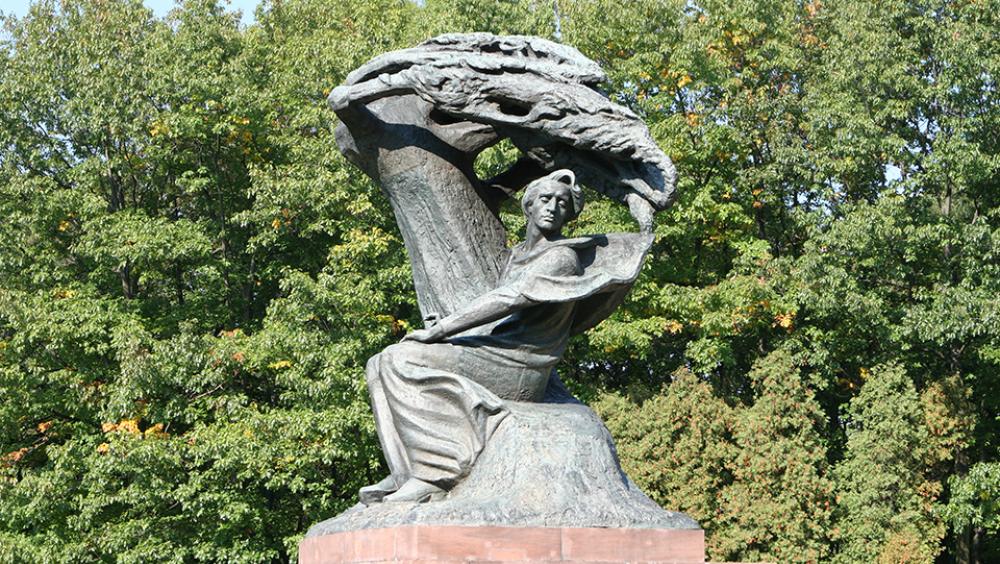 This beautiful bust is now close to completion, and will be shipped to Vancouver very soon. It will find a home in the lobby space of the Vancouver Academy of Music. The official unveiling of the bust will take place on Monday, September 26th, 2022 at 7 pm.

The Vancouver Chopin Society will be having a fundraising event in conjunction with the unveiling.

Charles Richard-Hamelin, Canada’s own silver medalist at the 2015 International Chopin Competition, will play a short recital before unveiling of the sculpture. The ceremony will be followed by a reception.

We hope that you will be able to join us for this joyful event, when this beautiful piece of art will find a home to be enjoyed by all.

HISTORY
The bust of Fryderyk Chopin’s Head is from the collection of the Fryderyk Chopin Museum in Warsaw, a bronze cast based on the original, reduced version of the monument’s design by Wacław Szymanowski (1859-1930), currently located in Łazienki Królewskie. The replica is one of a few made in 1926, only two of which have survived from the ravages of World War II, when the occupier carried out an intensive campaign of robbing and scavenging of non-ferrous metals for war purposes between 1939-1945. It is probably a specimen found in 1946 in Wrocław that had a significant impact on the reconstruction of the monument after the war; a second copy can be found in the National Museum in Poznań.

In 1908, the Warsaw Music Society announced a competition for the design of the monument to Fryderyk Chopin, adjudicated in May 1909 by Antoine Bourdelle, Józef Pius Dziekoński and Leopold Méyet, among others. The indicated location of the monument was Warecki Square (currently Powstańców Warszawy Square), and only Polish artists were allowed to participate in the competition. From among 66 works, the design of Wacław Szymanowski (sculpture) and Franciszek Mączyński (architectural study) was selected. The monument showed the figure of a seated Fryderyk Chopin listening to the noise of a willow tree. The winning design, however, was inconsistent with the location of the monument on Warecki Square (today Powstańców Warszawy square) and was not approved for implementation. It was only after Szymanowski’s personal visit to St. Petersburg that resulted in special permission from Tsar Nicholas II for its implementation.

Wacław Szymanowski worked on a five-meter-high statue of Chopin and a seven-meter-high willow tree in his studio in Krakow. The works were completed in September 1912. In May 1914, a contract for the construction of the monument was signed with the French company Anciennes Fonderies Thiebaut Fréres, owned by Renè Fulda. The model sent from Krakow arrived in France shortly before the outbreak of World War I, and the Fulda foundry went bankrupt shortly thereafter.

The project of building a monument to Chopin was resumed after independence had been regained. The cast was made by the French company Barbedienne in Paris, and after it was transported to Poland, it was placed in Warsaw’s Łazienki Park.

The monument was unveiled on November 14, 1926. Its surroundings – the pedestal and the swimming pool – were designed by Oskar Sosnowski, and the stonework was carried out by the company of Antoni Urbanowski, an entrepreneur from Łódź.

During the occupation, on May 31, 1940, on the order of Governor Hans Frank, the Chopin monument was blown up by the Germans and cut into smaller parts with burners. It was then scrapped. The Germans also tried to destroy all copies of the monument kept in Polish museums. One of the employees of the Wielkopolska Museum in Poznań managed to hide copies of the head of the monument in the basement. However, the Germans destroyed all gypsum replicas and a wooden copy of the 1: 2 scale sculpture, which the author himself had donated to the Poznań museum.

As a result of the actions of the Germans, the reconstruction of Wacław Szymanowski’s work after the war posed many difficulties. They searched for replicas and preserved copies of the monument that could be used as a model for its reconstruction. In 1946, Chopin’s head was found on the premises of the State Refinery and Processing Plant in Wrocław. It turned out, however, that it was not the head of the monument in Łazienki, but one of the trial casts on a much smaller scale. The original casting had been completely melted down. It was not possible to find a complete copy of the entire monument until the debris was removed from Szymanowski’s house in Mokotów. On the basis of this copy, an attempt was made to make an exact replica of the original. In 1946, a group of sculptors under the supervision of Władysław Wasiewicz made a model of the monument’s cast in the Fine Arts Studio, using: the author’s model (in 1:10 scale), a wooden sculpture of the composer’s head sculpted by Władysław Szymanowski, a photogrammetric analysis made by Leon Suzin and pre-war photographs The monument was cast in cooperative “Decorative Bronze” (formerly Bracia Łopieńscy).