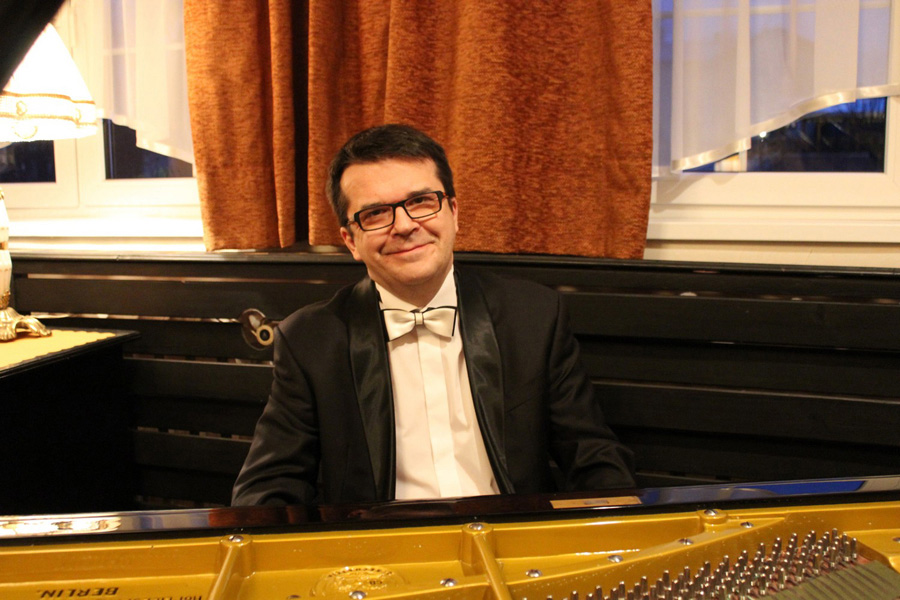 Polish pianist Zbigniew Raubo agreed to step in on very short notice in place of Wojciech Switala who has had to cancel his North American tour due to a hand injury.

He graduated with honors from The Karol Szymanowski Academy of Music in Katowice, where he mastered his skills under the guidance of Prof. Andrzej Jasiński and later became his university assistant. Currently he holds the Professor’s position at the Academy.

Zbigniew Raubo has performed with all philharmonic orchestras in Poland. He has over 30 compositions for piano and orchestra in his repertoire. Among his latest musical accomplishments are, for instance, performances within The Chopin Festival in Vancouver, “Poolse Meesters” in Belgium, but also Master Classes and a concert during Campos do Jordao Festival in Brazil.

He has recorded a number of compositions for phonographic companies in Poland and abroad, among others for: Japanese division of Deutsche Gramophon, RCA, DUX and Żuk Records.

As a chamber musician he has had a chance to collaborate with: The Silesian String Quartet, The Wilanów Quartet, The Camerata Quartet, but also with the outstanding soloists, such as Bartłomiej Nizioł and Urszula Kryger. He is active pedagogically; besides his responsibilities at The Karol Szymanowski Academy of Music in Katowice, he also conducts various courses for piano students and works as a consultant for music schools. As a Jury member he participated in The Polish Fryderyk Chopin Piano Competition (Warsaw,2010) and International Chopin Competition in ASIA (Japan, 2011).